So you think you know about beer? Let's find out...

Which of the following is not a hop?
Apollo
Amarillo
Citra
Isinglass

Where does the beer style IPA originate from?
Britain
India
Germany
Spain

Which of these has not been used in a flavour in a commercial beer?
Coconut Curry
Cheese & Onion Crisps
Lobster Bisque
Pizza

What needs to be added to kickstart fermentation?
Finings
Yeast
Hops
Malt

Which country is the biggest consumer of beer (per person)?
Ireland
Czech Republic
Germany
Britain

Salted peanuts dropped into a glass of beer will...?
Float
Explode
Rise and fall
Slowly sink

What's the scientific name for the study of beer and beer production?
Beerology
Hopology
Zythology
Fermology

How well do you know beer?

About Us
News
Brand Timeline
History

© 2021. Lacons Brewery Ltd is a Limited Company registered in England and Wales. Registered number 02857269.
Made with by Swig

Get social with us for a chance to Win a round of beer on us! 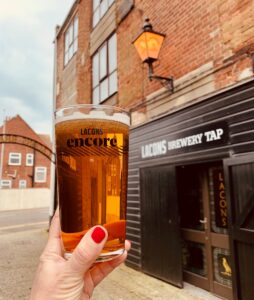 EACH MONTH WE PICK A NEW FOLLOWER AND SEND OUT A CASE OF BEER ON US!