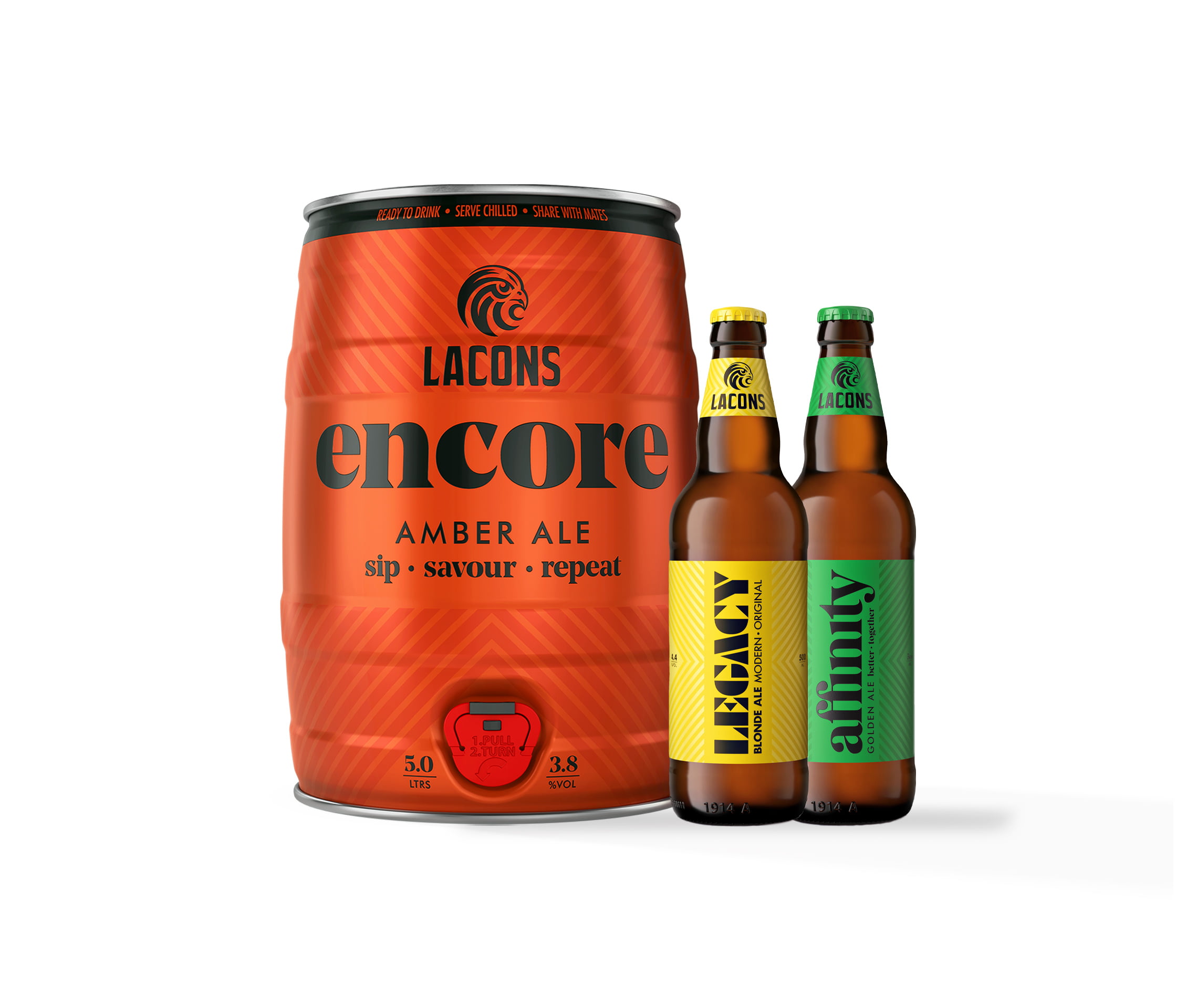 Selected typography combined with bright and bold colour palettes play a key part in communicating a playful new identity for our core range, Encore, Affinity and Legacy.   Allowing each beer a space to shine in different packaging formats with their own clear identities.

“We wanted to bring colour into the brewery portfolio, so the more beers we create – the more vibrant we become.”

When Lacons launched in 1760, the original Falcon crest belonged to the Lacons Family and took centre stage on all Lacons beers and brewery memorabilia.  After the takeover by London brewers in the swinging sixties and their subsequent decision to close Lacons brewery in 1968.  Reclaiming our independence in 2013 we   evolved the Falcon which is recognised and loved by so many to have her wings spread signifying the bird coming into land and the ultimate revival of Lacons after some 45 years.

Scotch & Ginger’s new logo of the Falcon head has been re-cut into a circular graphic to represent Lacons in the modern era.

Thoughtful consideration was made not to push away the loyal Lacons drinkers, who have been on the journey with us from the start and many of whom have a true valued connection with the Lacons history in our region.

“The key was finding a balance between our heritage and at the same time shifting our core range into the modern era allowing them the opportunity to connect with a new generation of beer drinkers.”

Part of this balance includes the decision to modernise our core range, which are all beers made with modern day expressions and packed full of new world hops.  Our heritage range and seasonal beers remain home to the Falcon with her wings spread, coming into land as we want to keep that connection which signifies reclamation of  our independence in 2013.

Importantly our focus remains on quality, consistency and innovation.  Despite the new fresh look all our beers still taste as great as the day you first discovered them. 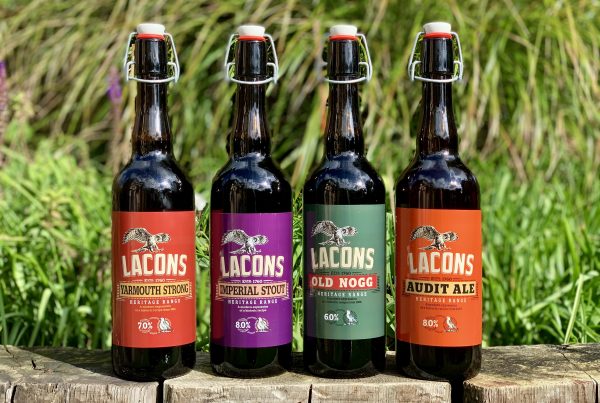 About Us
News
Brand Timeline
History

© 2022. Lacons Brewery Ltd is a Limited Company registered in England and Wales. Registered number 02857269.
Made with by Swig